I think the 3rd trimester starts somewhere this week.  That's kind of fun.  I did the glucose test this morning and should be able to see the results online later this week.  I'm not expecting to fail, but you never know with that test!  I treated myself to Panera for breakfast after it and ordered a cheese pastry to take home for later -- just in case it's the last time I can have a treat like that for a while!

This baby is a mover and a shaker.  As I've come to see, Tillie was pretty chill in utero.  I thought Teddy was pretty crazy.  This girl IS CRAZY.  Her movements are all big and more forceful.  While it's nice to know she's okay, sometimes it hurts and a lot of the time it's annoying.  She was breech at my 20 week ultrasound and I think she was transverse for a long time after that.  This week I think she's finally head down -- which means kicks to my ribs have started.

When I was pregnant with Teddy I said he'd probably be a baby who spit up a lot because Tillie rarely did.  I was right.  A while I go I told my cousin Cara that this one would probably get ear infections because my first two have never had one.  I've rethought that.  I think this girl will be the one who sleeps well from the beginning.  I've never had one of those!

I've been trying to remember when I had to stop wearing my wedding ring when I was pregnant with Tillie can I just can't.  I tried to look at pictures and I *think* it was somewhere around 25-27 weeks.  I'm doing well on that front!  It still fits comfortably.  Maybe that's because it's crazy-cold outside, but I'll take it.

I wore a cardigan this morning, but since that doesn't work well for pictures I changed into a non-maternity shirt.  It's a medium and I can still wear it!  It is a little short, but still kind of fun that I can get it on. 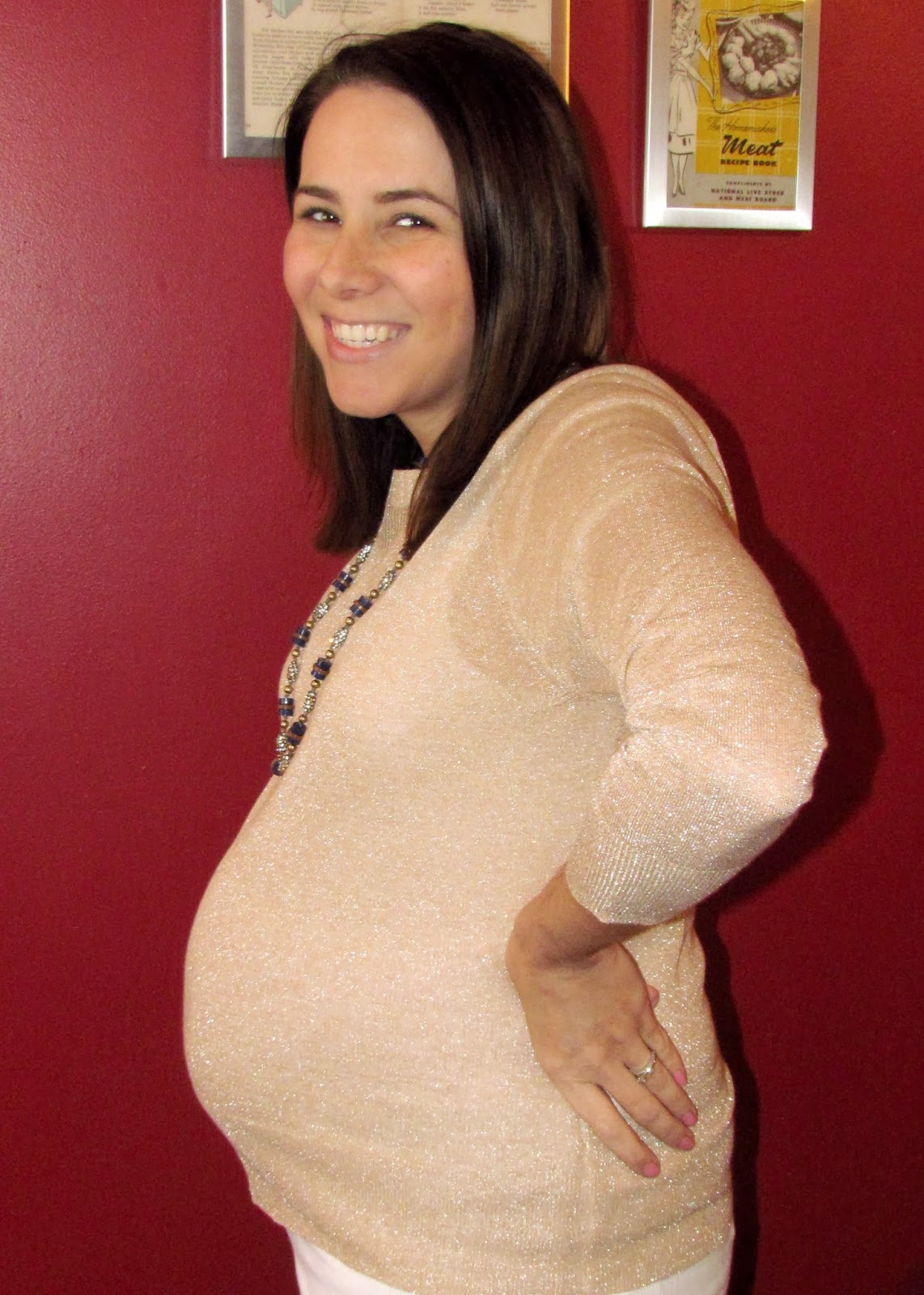