I found this shirt at Goodwill right before I got pregnant.  You don't often see Gap Maternity there, so since it was a medium I snatched it up.  Awesome for $3, except it's a small medium.  I don't know how long I'll be able to wear it.  It looks okay-ish right now at least.

12 weeks.  Still crazy tired.  I've been starting to wonder if my iron is low so I made Tim take me out for a steak on Saturday night.  I did feel tons better on Sunday, but he also let me sleep in.  Who knows...  Hopefully 13 weeks will bring a little relief.  I'd like to keep the house a little cleaner than it's been lately.  I'm so sick of sitting all afternoon during their naptime.  It feels like such a waste.  (Because I also just sit during their playtime in the morning.  I told you I was exhausted.) 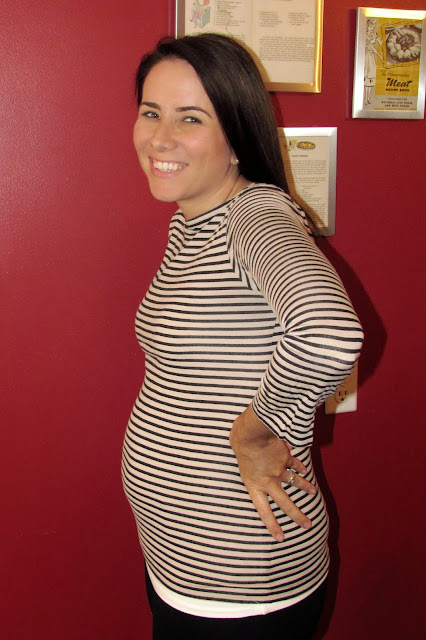 I've also been making an effort to wear more flattering clothes for pictures this time around.  It is easier than when I was pregnant with Teddy because I do weigh a lot less.  But, with Tillie I had no excuse -- why the heck did I wear pajama pants for so many pictures?  And I had Tim cut my head out of all the pictures...  Here I am at 12 weeks each pregnancy: 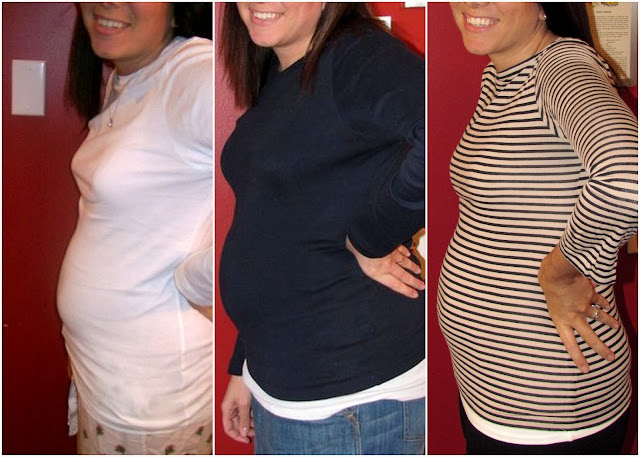