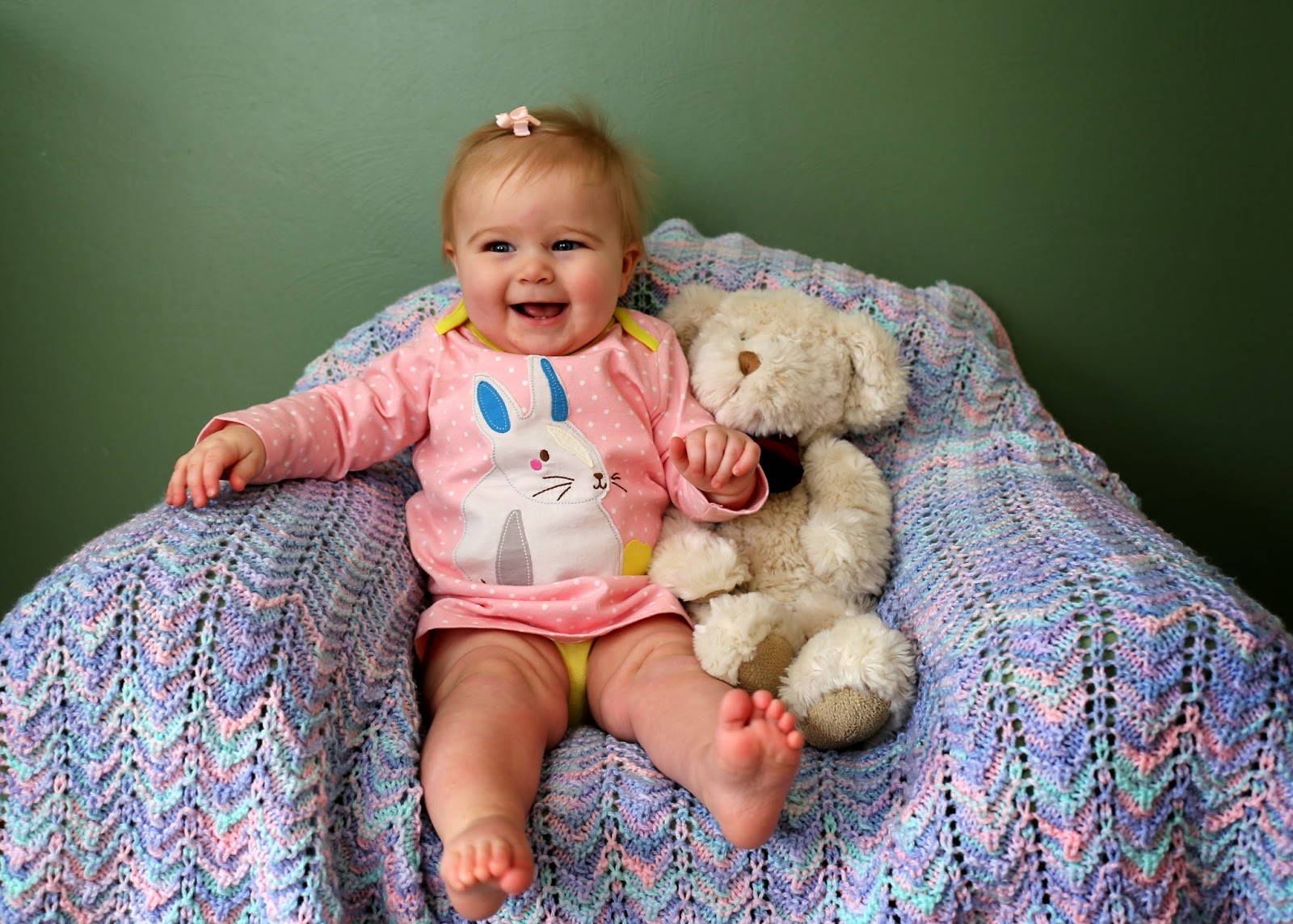 Food:  Bottles are still exactly the same, 6oz at 7:30, 11:30, 4 and 6:45.  Ocasionally she doesn't finish them anymore.  For lunch she usually eats something in her highchair.  Dinner is whatever we're having and depending on how much she ate we give her a jar of something.  Her favorites are broccoli, cheese, berries, pasta and bread.  She feeds herself very well.  She's just starting drinking out of a sippy cup.

Play:  Her favorite things to play with are whatever Tillie and Teddy have at that particular moment.  She likes to make a "pop" noise with her lips and still loves peek-a-boo.  She LOVES shoes, specifically a pink pair she has that have a bow on them.  She likes to mimic sounds we make, or have us mimic her.  She puts EVERYTHING into her mouth.  Of course this is my third kid with a million tiny accessories on the ground from the older two.

Movement:  Just this past week she started pulling up on things, and she's been doing it all day long now.  She can get into even more things!

Size: She's wearing mostly 6-12m items, but I've put a few smaller 12-18m things on her since I know they probably won't fit her next September/October when it's cooler again.  Size 4 diapers, which I'm sure she'll be in for a long time now. 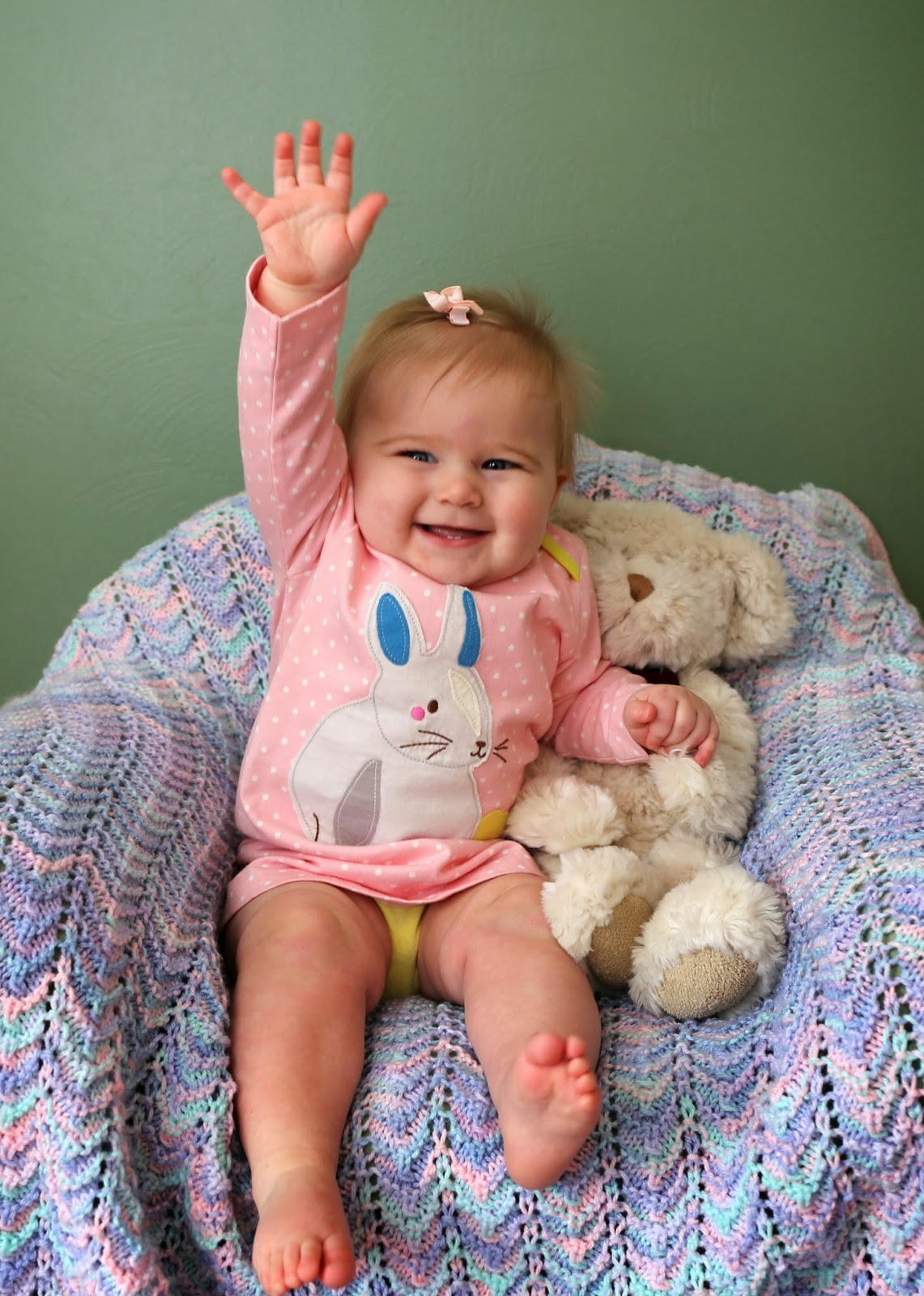 I love the yellow and pink together.